Winning in Sports. Winning on the Battlefield.

Competing at the highest level is not about winning. It’s about preparation, courage, understanding and nurturing your people and heart. Winning is the result.
Joe Torre

#1 The Story of the Sports Award

The wrestling championship was only one example where training in the field was interrupted for training in the athletic arena. And it paid off. Through the many sacrifices and the creativity of finding ways to allow our soldiers to compete while we were in the field, our battalion finished first in cross country, and ultimately won the 1st Infantry Division awards the Commander’s Cup Trophy for achievements in sports!

The power of sports

“An athlete gains so much knowledge by just participating in a sport.
Focus, discipline, hard work, goal setting and, of course, the thrill of finally achieving your goals. These are all lessons in life”
American Olympic champion Kristi Yamaguchi

Winning in sports gave many of our soldiers the qualities that would allow them to win on the battlefield.  They developed persistence, endurance, creativity, and above all the passion to win.

But it didn’t begin very well. In fact, it was pretty much a disaster at first.

When lack of specific training is the problem
Initially, it didn’t look good for our unit. Clearly our biggest challenge appeared to be lack of training in the National Training Center environment – especially in battle specific skills like calling for fire – artillery support. For example, one of the brigade’s battalion commander’s units was being attacked.  The battalion commander requested artillery support several times. But his unit was not the priority and no artillery support was forthcoming. Finally, the priority shifted to this commander. Now he was first in line and directed to call for artillery fire he needed.  But the situation quickly went from bad to worse. As we all listened in on the brigade command radio frequency, we realized that the battalion commander failed to give a direction – a crucial component – for the artillery fire.  At that moment, I realized that we had a big gap in our training. We didn’t know how to call for fire, for artillery support. And while that was a serious problem during a training exercise, in an actual battle it could be fatal.

When we returned to Fort Riley, Kansas, I was determined that every officer in the battalion would become certified to call for fire.  We would never be exposed and vulnerable again.

Setting up win-focused training
We went to work. We set up a simulation center that replicated the National Training Center.  This would eliminate any excuse because we weren’t familiar with the environment, terrain, or any other factor. The decision was made to first train our lieutenants who would be forward in the field and in the best position to call for fire.  Our trainer called out, “three enemy tanks in the open…call for fire…Lieutenant Bostick.” That was me. Although I was a Lieutenant Colonel, the trainer called me “Lieutenant” so I could set an example for other Lieutenants. I did it. I successfully called for artillery fire. And then, we trained every officer to do the same.

It wasn’t long before we had a chance to show our newly acquired skills with a surprising and very satisfying result.

Bold is often best
It was at our next National Training Center rotation. Our Brigade Commander made a bold move. He moved the 1st Engineer Battalion north of a mountain range called the Granite Mountain range. That’s where we would conduct an operation that we had never conducted before in training.  We would defend the Alpha and Bravo pass.  The operation involved two armored and one infantry task forces of the brigade simultaneously conducting a movement to contact south of the Granite Mountain range in the Central Corridor.  The brigade was obviously taking a huge risk in the north.

During the preparation for the upcoming battle, our Division Commander, Major General Randy House spoke on the Brigade Command radio frequency asking for Dagger 6, my brigade commander, and Diehard 6, me, to meet him at the “Iron Triangle” a well-known meeting point in the Central Corridor of the National Training Center.

Strategic planning before execution
My Brigade Commander reassigned some of our resources and created a task force in the north. Task Force Bostick consisted of me, our engineers, an entire tank company, and a Bradley platoon of infantry. Not only that but the task force had priority on artillery and air support. We worked all evening planning for battle.  Typically, engineer units use inert mines to block Alpha-Bravo pass. Our battalion changed up the typical strategy and elected to use dozers to cut an actual ditch that would be impenetrable without a bridge crossing vehicle.

The next part of the plan was mine. I instructed one of the fastest runners in our company, Lieutenant Schleicher, to get out in front of Alpha-Bravo pass and get to the point where the OPFOR had to make a decision to go north or south of the Granite Mountains.  That critical decision point was 10 kilometers in front of our position. Lieutenant Schleicher or “Roadrunner” as we called him, moved quickly on his own as a forward scout.  We then positioned another scout, Lieutenant Mihara, forward and at a high point.  We let him know that should he identify the OPFOR Combined Arms Reserve, the element that would close with and destroy the enemy, he should immediately call for artillery fire on the brigade command frequency.

The battle began. It wasn’t long before Roadrunner called saying that he saw the largest cloud of dust heading for the Granite pass, moving north.  We immediately asked if it was the entire Regiment. He said it was.  Lieutenant Mihara spotted the CAR, quickly entered the brigade command radio frequency, and successfully called for fire. His fast action would later earn him an impact Army Commendation Medal.

In the meantime, the entire OPFOR regiment moved north of the Granite Mountains heading directly for Alpha-Bravo pass.  Unfortunately for them, they did not lead with their assault bridges and as a result were forced to stop completely in the Alpha-Bravo pass.

We put out a call for artillery as well as air support into the Alpha-Bravo pass and decimated those vehicles in the pass.

Unsuccessful in penetrating Alpha-Bravo pass, the remaining OPFOR vehicles moved one-by-one over the Granite Mountains along a small winding road that exited into the Central Corridor. And that’s exactly where the three 1st Brigade Task Forces were in position waiting.

In that battle, the 1st Brigade and Task Force Bostick had accomplished something that had not been accomplished before.  Every OPFOR vehicle was killed, something very rare for the OPFOR. We had created an engineer task force that successfully executed a mission for which it had never trained, and ultimately the brigade destroyed the entire OPFOR regiment with support from every part of the brigade including highly trained and confident lieutenants.

That was a win we could all be proud of leaders and team members alike. It was a win that involved lots of hard training, imagination, and tight teamwork. And it worked!

#3 The Story of the Minefields

Who would have ever thought that a battle that took place in the middle of the twentieth century would serve as inspiration for the team in the 21st century? But that’s exactly what happened.

Letting history inform your leadership and your team
From December 16 to January 25 the Battle of the Bulge, later called the “greatest American battle of the war” by Winston Churchill raged in Europe. And the 1st Engineer Battalion played an important role in that historic battle by opening “Echo Lane” on Normandy Beach which then allowed for the initial assault.  During the battle, the 1st Engineer Battalion placed over 30,000 mines in the snow, in just ten days.  That was 3000 mines placed a day.

History – a great teacher
That feat inspired the 1st Engineer Battalion in another battle they fought during their National Training Center Rotation during which the brigade had to take up a defensive position.  One of the key tasks during defensive operations was to lay minefields.  Some of these minefields were inert and some were live.  Typically, engineer units would place several hundred mines.  Other, better-trained units might be able to lay over a thousand mines.  Before deploying to the NTC, the 1st Engineer Battalion reviewed its history during WWII.  They revisited the 3000 mine feat of their historical brothers. Our unit became determined to honor the World War II heroes by placing the same number – 3000 mines –  during the battle at the NTC. This was the total amount of mines at the NTC.  That number 3000 represented the total number of mines at NTC.

As the preparation for the defense continued, I visited the live minefield where Sergeant Tewks was rallying the troops.  Each time I stopped by the minefield site, a young highly motivated Non-Commissioned Officer asked me, “Sir, how close are we to 3000 mines?”  And then, hard hours later, we reached our goal. The battalion placed all the mines available at the NTC -over 3000 – and the 1st Brigade once again killed every OPFOR vehicle in the regiment in this battle.

History proved to be a powerful motivator.

Obstacles don’t have to stop you. If you run into a wall, don’t turn around and give up. Figure out 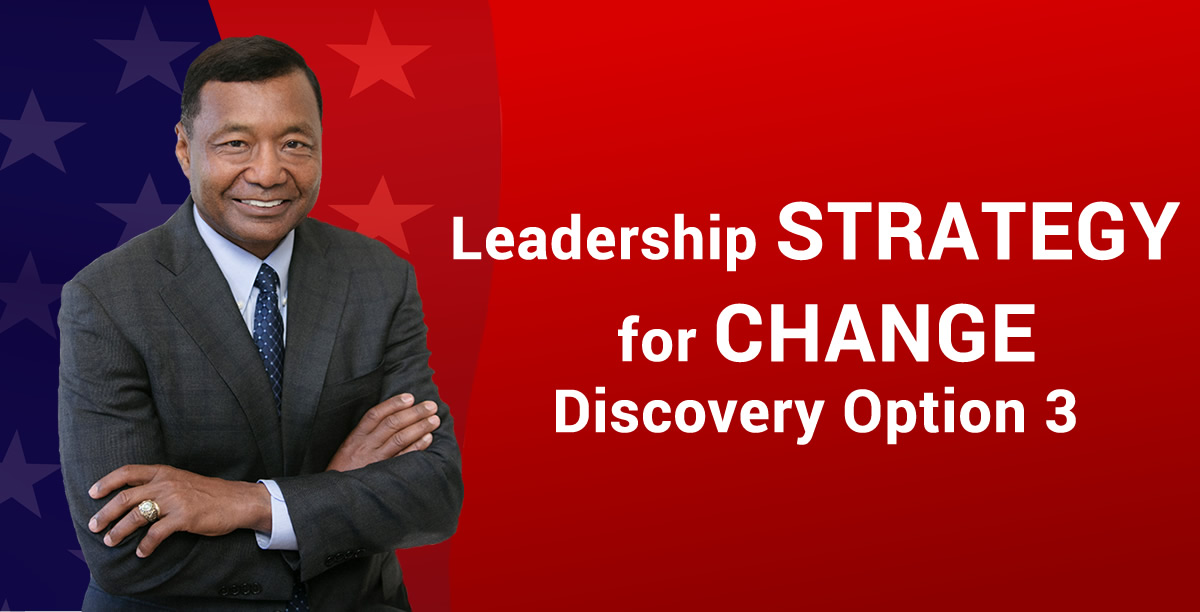